I don’t feel well. I’m actually just in the process of finishing up a short day at the office. I came in to offset the extra day I am taking on Friday to extend the long President’s Day weekend. I had a whole plan: Get up, whip up a delicious and healthy lunch to take with me later, head to the gym for my tempo run (my new fav), hop on the subway and head to the office to tackle eight hours of work in half of the time (I’m generally not a fan of working on the weekends but being able to go at the day completely uninterrupted is indeed the best recipe for efficiency). Then I’d head home to squeeze in a few hours of writing.

The day has not gone to complete shit. I’ve actually surprised myself. Running was out of the question but I did manage to clean our bathroom this morning. I figured if I’m likely to be puking in that bowl later I want it to start out germ-free.

It was pouring today and I didn’t think I could manage the long cold walk from the subway, so I grabbed a Lyft and managed to be at my desk and getting busy before 8am.

Alright, I’m gonna stop now. I never write posts like this. I’m not a fan of them. As caring and sympathetic as my readers are, why would any of you want to spend the few precious moments you get in the day wandering over the trivialities of my last 12 hours.

Today’s post is going to be short–and unremarkable. But I think also necessary to my process and growth. I’ve got a few subjects that I really want to take on in a big way. While that’s exciting to me–it can also be hindering. My ego is out of control. I act as if something I write is going to be the be-all end-all on a subject. Eyes opened…CASE CLOSED. I think sometimes I feel so passionate about an idea or line of thinking that I forget that my enthusiasm undoubtedly stems from the subject’s depth–it’s almost limitless possibility for exploration and enlightenment. I don’t have to be the definitive voice on anything–being one among many that readers consider is honor enough.

I think there’s a vulnerability that exists in writing–the level of which varies depending on how open and honest we are willing to be. Talking about my ego makes me feel vulnerable. In recovery, we talk about our egos all the time–but it’s not something I hear many “normal” people mention. Most regard the ego as negative, so admitting if and when it leads our actions is not exactly clamoring at the top of most of our to-do lists.

Being vulnerable doesn’t feel good. It’s far easier and more comfortable to hurt someone else than admit that we are hurt. We have learned that rather than admit we are afraid–it fares better for us to make someone else afraid. This has been something that’s been bothering me a lot lately. When did we learn this? Was it the Greeks? Was it earlier? I can’t help but feel like at the beginning of time there was some man who in complete terror of feeling and expressing his emotions, declared that stoicism was to be valued above all. It created the most backward and yet foundational idea in our culture: vulnerability=weakness.

I think this is a lie. One of the biggest lies we’ve ever been told, and I think it’s detrimental to so many facets of our society and our world.

With that big idea and very limited exploration on my part, I leave you. I’m sick and I need some soup and perhaps even some comforting processed little noshes that I never allow myself when well. I just figured if I’m really going to make a deep dive into ideas like vulnerability–and what the true meaning of courage is, then I’d best continue to practice making myself vulnerable and exposing my imperfect and incomplete thoughts. Perhaps sharing them with you will be just the impetus I need to push through my fears and release more of what I’m able to contribute, out into the world.

Enjoy the rest of your Sunday all, and have a great week. x

TO FIND THINGS YOU LOVE 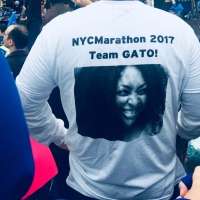 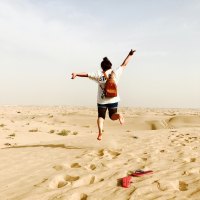 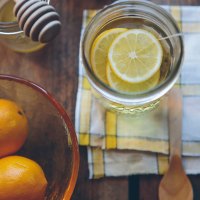 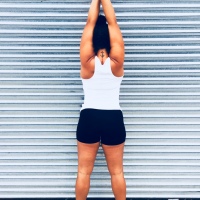